Sparks of resistance and sometimes flames of rebellion challenged slavery in the Western Atlantic over its long history. But nothing shook white society like the world’s greatest slave rebellion in French Saint-Domingue (now Haiti).

On August 22, 1791, over 100,000 slaves rose on “The Night of Fire” to destroy hundreds of plantations and kill their masters and overseers. The flames of rebellion engulfed the French colony for over ten years, while giving rise to Toussaint Louverture, one of Western history’s greater leaders. Even Napoleon failed to subdue the emerging black state which declared its independence in 1804.

Find This Book At

Also By The Author 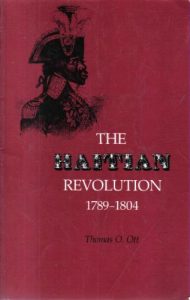